He has published more than 500 articles, of these 39 reviews, recorded in PubMed > 12000 citations and a series of book chapters in international books in perinatal/ neonatal medicine. His work has been supported by the Norwegian Council for Research (NFR) the last 30 years and some programs were supported by the Norwegian private organizations, EU, NIH, and Health Trust South East Norway, and EEA grants. He served on numerous committees at the European Society for Pediatric Research, the European Association of Perinatal Medicine, and is member of American Pediatric Society (USA), the International Academy of Perinatal Medicine, the Royal College of Physicians Edinburgh and the Norwegian Academy of Science an Letters.

Disclosure:
The series “Oxygen in the Newborn” was commissioned by the editorial office, Pediatric Medicine without any sponsorship or funding. Ola Didrik Saugstad serves as the unpaid Guest Editor for the series. 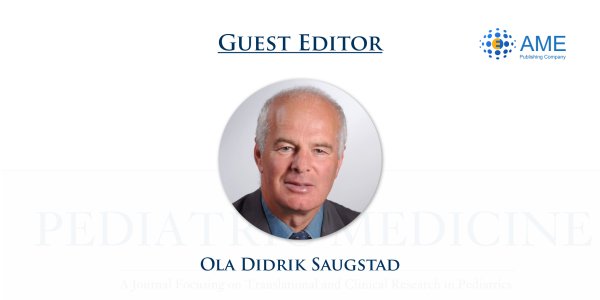